The Loch Awe Hotel is a magnificent landmark in the area and commemorates the arrival of the Highland railway to the west coast. The hotel overlooks beautiful Loch Awe and is an area of outstanding natural beauty. Beneath the towering slopes of Ben Cruachan and along the shore from Kilchurn Castle, this hotel offers a remarkable glimpse into Scottish history and the dramatic landscape of the Highlands.

The Loch Awe Hotel dates back to the late 19th Century when it welcomed travellers as a railway hotel. Loch Awe still retains its own station on the scenic Highland Line to Oban and has been host to many famous and titled guests over the years. The interior has been sympathetically modernised, retaining the historic character whilst offering the best of modern comforts.

The Loch Awe Hotel offers comfortable bedrooms, all with en-suite bathrooms and a choice of bath or walk-in shower, as well as flat screen TV’s, hairdryer and tea making facilities. 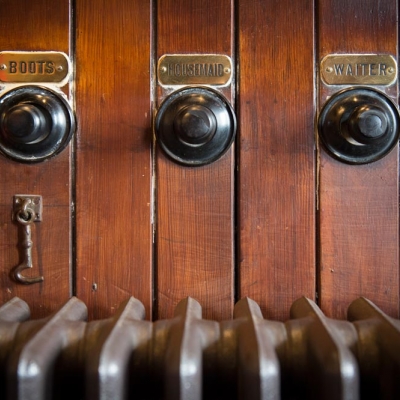 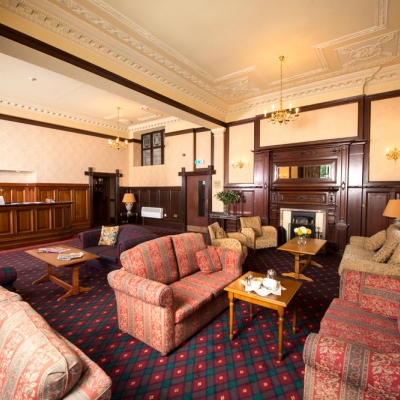 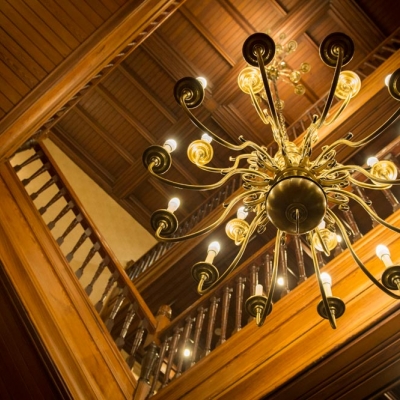 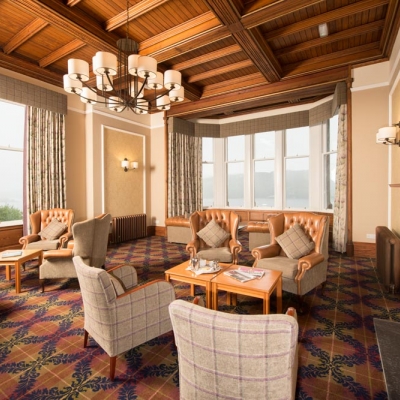 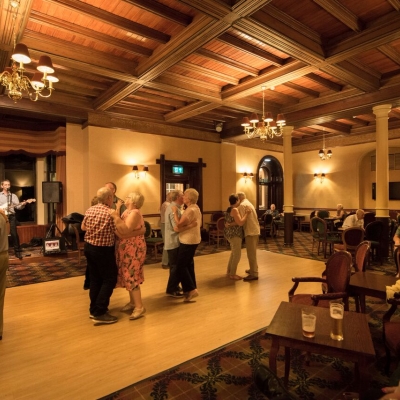 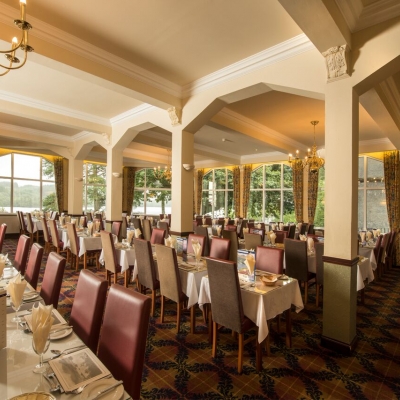 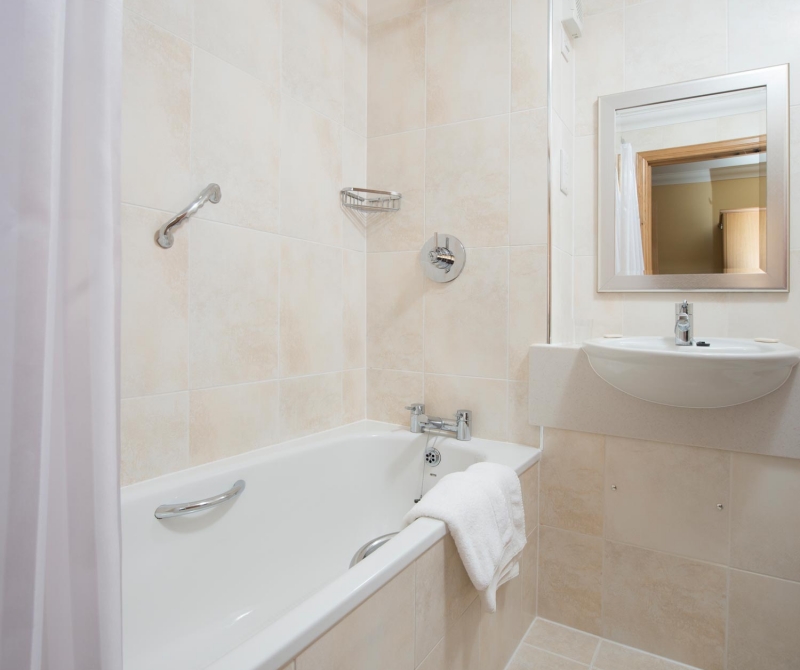 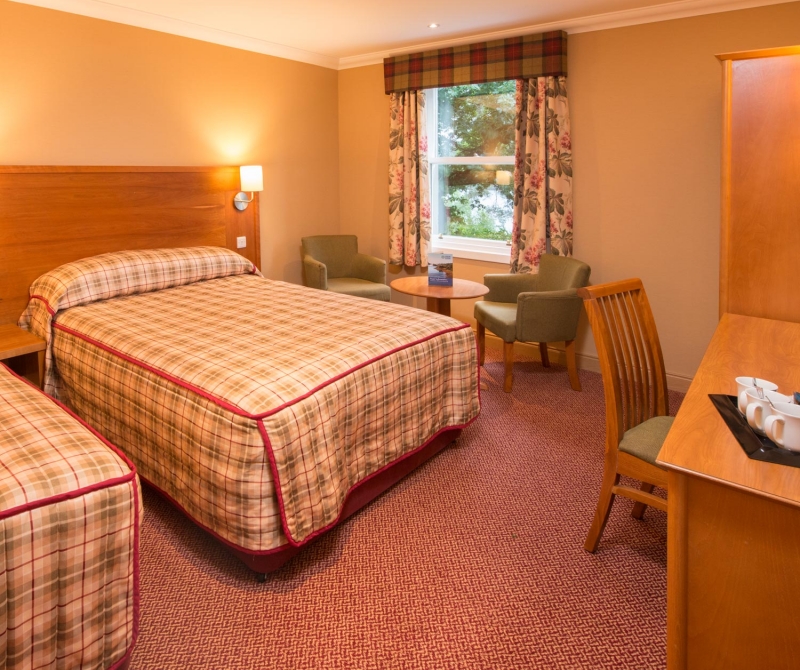 Walks near The Loch Awe Hotel

The Loch Awe Hotel is in an idyllic location, with many walks in the surrounding area. Kilchurn Castle is just along the shore and is one of the best maintained medieval castles in Scotland. The spiral stairs offer a panoramic view of the loch and the surrounding mountains. Loch Awe offers plenty of scenic walks all offering a chance to soak up the beautiful surroundings, from a wander around St. Conan’s Kirk to the more challenging Ben Cruachan. 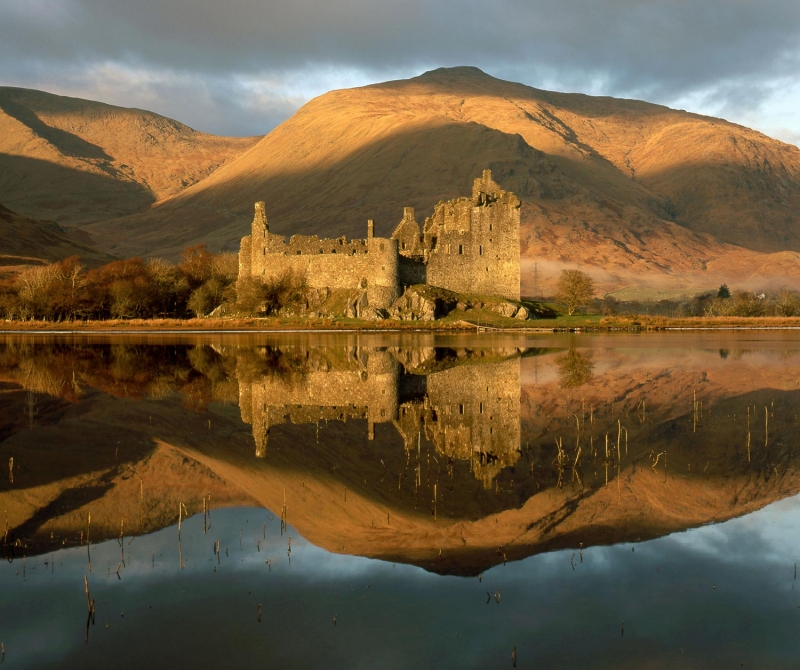 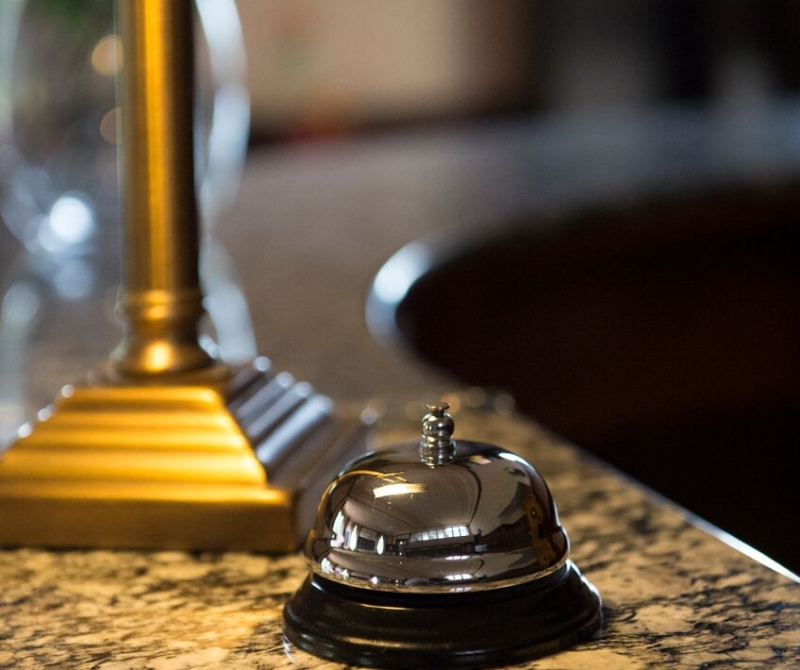 Much of the countryside is covered in woodland, both ancient deciduous woodland and more recent conifer forestation. The surrounding area hosts a variety of wildlife including birds of prey and migrant birds that travel north for the summer. The wild animals, although secretive, are magnificent when spotted. Both red and roe deer patrol the local landscape, as well as grey squirrels and the more elusive red squirrel. 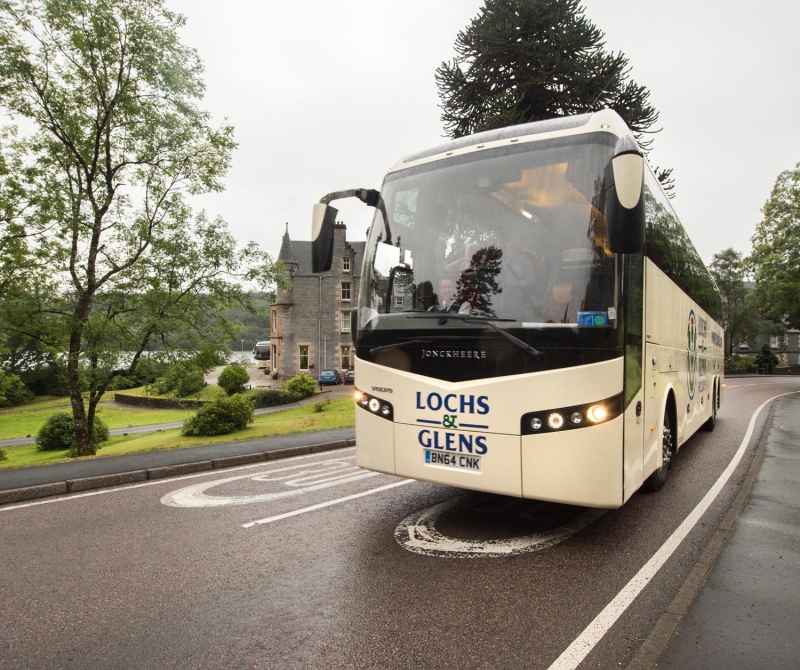 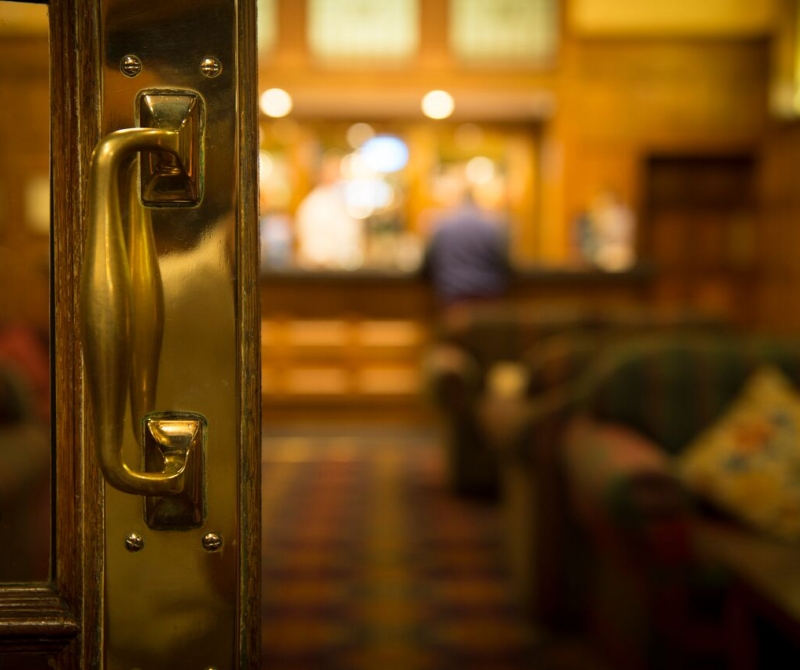 The History of The Loch Awe Hotel

The Loch Awe Hotel was built in 1881 to accommodate the tourist boom in the Highlands. Throughout the late 19th century the railway was spreading westwards and Duncan Fraser, the founder of the Loch Awe Hotel, realised the impact that the railway would have on tourism in the area. The hotel was built in the Scottish Baronial Style and the outward appearance has changed very little.

The village of Lochawe owes its existence and name to the railway line. During the last few years of the nineteenth century a number of houses were built and the village was created. Lochawe became a Victorian hotspot for the gentry and a number of mansions were built as hunting and fishing lodges.

As tourism spread so did transport and up to 15 rowing boats were available to guests for fishing. The saloon steamer Mona also called in regularly to the pier.

During the 1920s and 1930s the Loch Awe Hotel gained a reputation as a high class establishment. The idyllic location and elegance of the hotel attracted the aristocracy and many contemporary celebrities, including the American tennis players Helen Wills and Bill Tilden. Kirk Douglas was another famous visitor and he starred in the film “To Catch Me a Spy”, part of which was filmed at the Loch Awe Hotel.

The Loch Awe Hotel was acquired by Lochs and Glens in 1990 and since then a number of improvements have been made to the building. The building has been considerably extended and altered since 1881 but the surrounding countryside and scenery have changed very little. 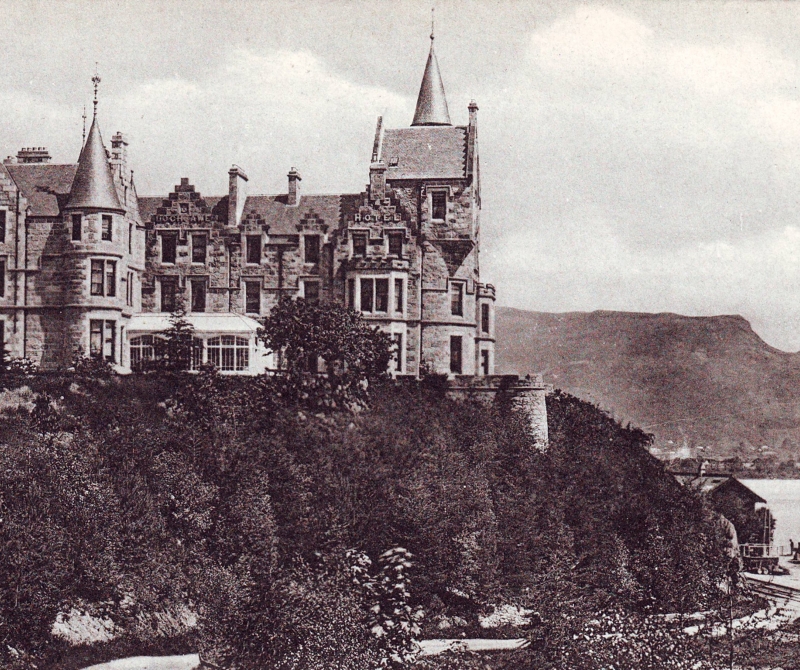 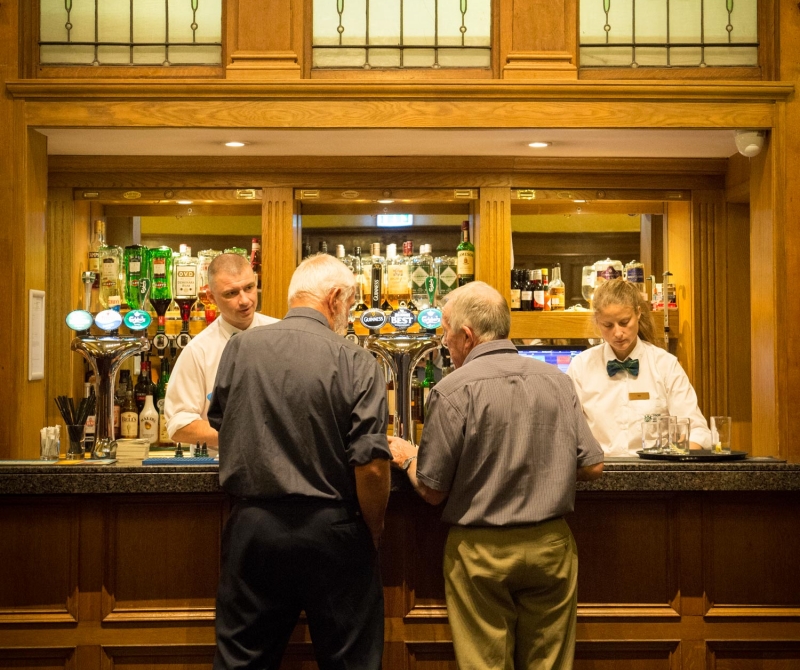 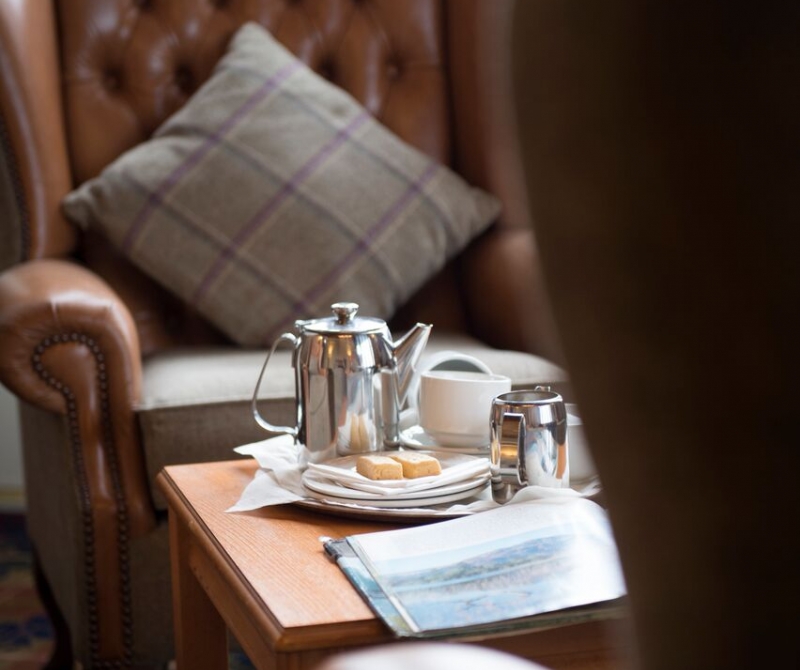